What a great meeting last Wednesday with DG George and his wife Carol attending as well as PDG Gary Roberts and Assistant Governor Scott Kable. A total of 12 in attendance and only one member was an apology. 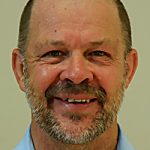 DG George spoke on his personal rewards from being a member of Rotary, the importance of the Club, its fellowship and having activities to involve members. Having the right mix for our members will help the club retain members and attract new members. He also spoke on the work of the Rotary Foundation and RAWCS. As well he spoke as the importance of connecting with the Youth in our communities and offering the activities and awards that will benefit them and our communities into the future.

The Board meeting held following the Governors presentation announced the success of our Membership Grant for $1,200 and the executive will be meeting this week to discuss the various ways we be using it to publicise our Club both in our communities and our Rotary District. Hopefully this will assist to increase our Club membership.

I ask all members and other interested people in the community to consider their donation to the work of the Rotary Foundation by making their donation as below:

EFT Payments please make out to:

Cheque Payments by post make out to:    Rotary E-Club of District 9700-Serving Humanity

Reference – ‘TRF and your name’, and mail to:

Just some of the work the Rotary Foundation Does

On the tracks of the Beast

In Mexico’s migrant shelters, a Rotary scholar puts his education into action

Story and photos by Levi Vonk

There are two inescapable elements of southern Mexico.

The first is dust – desert rock ground to a powder that finds its way into your every crevice: the backs of your knees, the folds of your eyelids. You cough it up as you drift to sleep and discover its brume settled across your bedsheets in the morning.

The second element is violence.

I found both on the gritty tracks of the Beast.

Over the past half-century, millions of Central Americans have crossed Mexico from south to north, fleeing poverty, decades-long civil wars, and, most recently, brutal gangs. To escape, migrants used to ride atop the cars of the train line known as the Beast.

In July 2014, Mexican immigration officials announced a plan called the Southern Border Program; part of it entailed closing the Beast to migrants. Mexican President Enrique Peña Nieto said the plan would create new economic zones and safeguard migrants’ human rights by securing the country’s historically volatile southern border. Instead, the number of migrants beaten, kidnapped, and murdered has skyrocketed. Some have even been victims of the black-market trade in organs.

In early 2015 I had just completed my studies as a Rotary global grant scholar, earning a master’s degree in the anthropology of development. I had studied how trade and development initiatives in Mexico could make people’s lives more perilous, not less. To learn about what was going wrong, I went to southern Mexico to use the skills I had gained through my global grant studies.

Southern Mexico is poor and rural, made up of small pueblos and subsistence agriculture. In some ways, I felt at home. I grew up in rural Georgia, and I became interested in immigration after teaching English to farmworkers harvesting cabbage, berries, and Christmas trees in the foothills of North Carolina. Many of the men I worked with were from southern Mexico. Their descriptions of the violence brought by drug and human trafficking led to my interest in the region.

To understand how the Southern Border Program was affecting people’s lives, I stayed in migrant shelters, which are not unlike homeless shelters or temporary refugee camps. They are often without reliable running water or electricity, but they do provide migrants with a warm meal and a place to rest before they continue north.

At first, shelter life was a shock to me. Sick or injured people arrived nearly each day. Severe dehydration was a big problem, and some people had literally walked the skin off the bottoms of their feet. I was there when a gang member entered the shelter to kidnap someone, but shelter directors stopped him.

By the time I arrived, shelters along the tracks of the Beast had seen the number of migrants dwindle from 400 a night to fewer than 100. Shelter directors explained that the number of Central Americans fleeing into Mexico each year – around 400,000 – had not fallen, but because immigration agents were now apprehending anyone near the Beast, people were afraid to approach the shelters. These safe havens had been transformed into no-go zones. “This is a humanitarian crisis on the scale of Syria,” one director said to me, “but no one is talking about it.”

In the shelters, I chopped firewood, cooked dinners, and scrubbed kitchen floors. I changed bandages and helped people file for asylum. And I lived and traveled with migrants headed north, recording their stories – about why they left, where they hoped to go, and what they had faced on their journeys.

Mildred, a single mother of three, was fleeing gang members who threatened to kill her family if she didn’t pay them a protection fee. Ivan, the oldest brother of six, singlehandedly resettled his entire family in Mexico – including his elderly mother and his two toddler nephews – after hit men tried to kill them in their home in Honduras. Milton had lived in New York City for years – and had sheltered ash-covered pedestrians in his apartment during the 11 September 2001 terror attacks – before being deported.

The things I learned were terrifying. Instead of shoring up Mexico’s borders, the plan had splintered traditional migrant routes. Those routes had been dangerous, but they were also ordered and visible. Migrants knew approximately which areas of the train passage were plagued by gangs. They were prepared to pay protection fees – generally between $5 and $20. They traveled in groups for safety. And they were often close to aid – a shelter, a Red Cross clinic, even a police station.

The Southern Border Program changed that. Hunted by immigration officers, migrants traveled deep into the jungle, walking for days. Gangs, which had previously extorted money from migrants, now followed them into these isolated areas to rob, kidnap, or simply kill them.

The Southern Border Program has failed as a development initiative. Not only has cracking down on immigration made southern Mexico less safe, but the increased violence has deterred business investment that the region so desperately needs.

During my time as a Rotary scholar, I learned to look at development differently. We often think of international aid in terms of poverty reduction, and we often see poverty reduction in terms of dollars spent and earned. The anthropology of development aims to analyze global aid in another way. We pay particular attention to how initiatives play out on the ground to determine just what local communities’ needs are and how those needs might be met sustainably and, eventually, autonomously.

When I was living in migrant shelters, we often received huge, unsolicited shipments of clothing from well-intentioned organizations. Had they asked us, we would have told them that their efforts, and money, were wasted. In fact, directors had to pay for hundreds of pounds of clothing to be taken to the dump when space ran out at the shelter.

Among the things shelters actually needed, I learned, were clean water, better plumbing, and medical care. But shelter directors did not just want these items shipped over in bulk; they needed infrastructure – water purification, functioning toilets, and access to a hospital, along with the skills and knowledge to maintain these systems themselves.

Of course, as one shelter director told me, “Our ultimate goal is to not be needed at all – to solve this migration crisis and violence and go home.”

Rotary’s six areas of focus mesh neatly with these goals. Such measures require money, but more than that, they require in-tense cultural collaboration to make them sustainable. Who better than Rotary, with its worldwide network of business and community leaders, to understand the challenges and respond effectively?

One way Rotary is responding is by funding graduate-level studies in one of the six areas of focus. After his global grant studies in anthropology of development at the University of Sussex, my friend Justin Hendrix spent several years working in a Romanian orphanage, helping to provide the children there with the best education possible. Another friend, Emily Williams, received a global grant to get her master’s degree at the Bartolome de las Casas Institute of Human Rights at Madrid’s Universidad Carlos III and now works with unaccompanied Central American minors and victims of trafficking in the United States. My partner, Atlee Webber, received a global grant to study migration and development at SOAS University of London (School of Oriental and African Studies); she now works as a program officer with the U.S. Committee for Refugees and Immigrants.

Rotarians understand that to have the most impact, we need to learn from other cultures. As global grant scholars, that’s what we aim to do – during our studies, and afterward.