This week our visit to the town of Ceski Krumlov in the Czech Republic was the highlight. It  is a town and castle began around 1240 that remains intact and has been declared a UNESCO World Heritage Site. 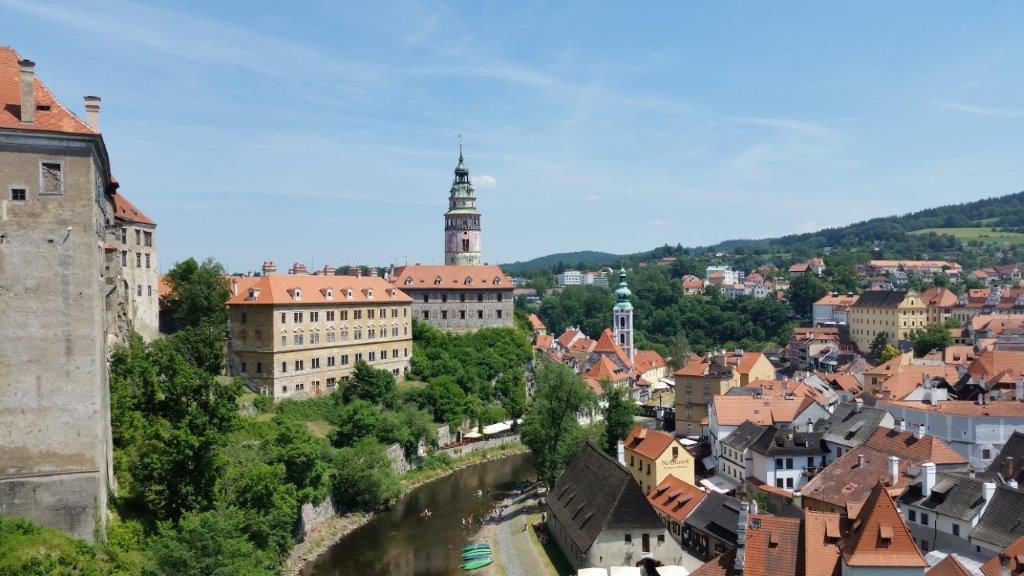 This is an interesting article.

By Ryan Hyland and Teresa Schmedding

Outbreaks of vaccine-derived polio have been reported this month in the Democratic Republic of Congo and Syria, according to the World Health Organization.

At least 17 cases were identified in Syria and at least four in Congo. In both countries, health officials are working with the Global Polio Eradication Initiative to respond immediately to the outbreaks with supplementary immunization activities and field investigations.

To prevent the virus from spreading further, investigations and immunizations are also being strengthened in neighboring countries, the World Health Organization said.

Despite the new cases, the push to eradicate polio is stronger than ever, with fewer cases reported so far this year than ever before. It also got a boost last week at the Rotary International Convention in Atlanta, Georgia, USA, where donors pledged $1.2 billion for the effort.

Vaccine-derived cases are rare, and they differ from wild cases. Here’s what you need to know to understand these outbreaks.

Q: What are the two kinds of polio cases?

A: Wild cases of polio are caused by poliovirus that is circulating naturally in the environment.

Vaccine-derived polioviruses are extremely rare and exist under specific circumstances. Oral polio vaccine contains live virus that is weakened so that it will prompt the body’s immune response without causing paralysis. The vaccine is ingested, and the weakened virus replicates in the child’s gut and is then excreted. In areas with poor sanitation, this excreted vaccine virus can spread to other children. This can actually be good because it then immunizes them. When the strain no longer finds susceptible children, it dies out.

Q: Is the vaccine safe?

A: Yes. The oral polio vaccine has reduced the number of polio cases by 99.9 percent since 1988. The risk posed by wild poliovirus is far greater than the risk of an outbreak caused by circulating vaccine-derived poliovirus. Once wild polioviruses have been eradicated, use of oral vaccine will be stopped.

A: Wild poliovirus occurs only in the countries where polio remains endemic: Afghanistan, Nigeria, and Pakistan. Only six cases of polio caused by the wild virus have been reported so far in 2017. That’s the lowest number of polio cases in history, with fewer cases reported in fewer areas of fewer countries than ever before.

Q: How are polio cases detected?

A: Polio surveillance has two parts: Doctors and health workers monitor children for the virus, and authorities test sewage samples from sewer systems or elsewhere, in areas that don’t have adequate sanitation facilities.

The detection of these most recent cases demonstrates that polio surveillance systems are functioning in both countries.

Q: What is the science behind the vaccines?

A: There are two types of vaccine: oral and inactivated-virus. The original oral vaccine protected against types 1, 2, and 3 of the virus.

Type 2 wild poliovirus was eradicated in 1999 so the current vaccine contains only type 1 and type 3. This allows it to provide quicker and better protection against the two remaining types. The inactivated-virus vaccine, administered by injection, contains virus that is dead. Because the virus is dead, the vaccine cannot cause polio outbreaks.