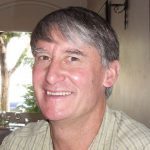 John is a retired farmer and wool classer originally from Mangoplah about 50 kms south of Wagga Wagga on Holbrook Road. John has one son, Sam who is currently a university student in Melbourne. I currently live in Brisbane with my partner Carolyn Astill but from early 2017 will be found travelling Australia in our motor home and on overseas tours. John is a keen snow skier and member of the Riverina Alpine Ski Club (RASC) and the International Fellowship of Skiing Rotarians (ISFR).

John joined the Rotary Club of Wagga Wagga Kooringal in 1993 after experiencing a trip during 1987 as a Rotary volunteer to build a school in the remote village of Manu, Malaita, Solomon Islands. He served as President in 2001-02. In addition he has been very involved with Rotary Australia World Community Service Ltd. (RAWCS) and has recently completed 5 years as National Projects Manager and 3 years as Chair of RAWCS Eastern Region. He is currently Chair of the National RAWCS Website Committee. 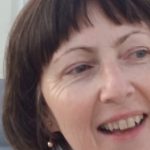 Donna has been working in international development since 2004 when together with some friends they launched their own NGO working in village schools in Sri Lanka. Their project, which is still running, aims to improve the teaching of English in primary schools, assisted by technology, so as to improve opportunities for students in later life. The project is called the Lotus Program and their organisation is Partners in Micro-development Inc. (www.microdevpartners.org> ). RAWCS has supported this project in kind for most of its life.

Donna also lectures at the University of New South Wales and is an experienced educational developer in the higher education and international education space. 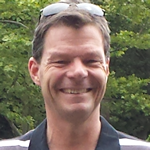 Cameron is an IT consultant and software developer who resides with his wife, Jennie, in Yackandandah. Originally from Melbourne, Cameron and Jennie made the ‘tree change’ to north east Victoria at the end of 1998. Cameron has two children – Callum and Briony – who live in Washington DC and Melbourne respectively.

Cameron has particularly enjoyed the sense of community associated with living in a small town. He was a school councillor for seven years, six as school council president, was a founding member of YCDCo, an unlisted public company established to build a community owned and operated service station. He is also an active member of the local fire brigade, where he has been Captain since 2007.

Cameron has few hobbies as he spends too much time volunteering with the CFA. He loves skiing, and has enjoyed many hours in North America and Falls Creek trying to keep up with John Roberson!

This e-club represents Cameron’s first membership of a Rotary club, although he has had significant involvement in setting up numerous websites for Rotary Australia World Community Service (RAWCS). These sites include the project directory, project donations, volunteer registration and donations in kind.